There's something about organised religion that can help forge great civilisations and inspire great works. It can also stall change and halt advancement if science is deemed to be in disagreement with the tenets of whatever religion. And at its worst, it can justify evil and complete barbarism amongst susceptible people.

Creativity Alliance New Zealand at their peak a decade ago.

For neo-nazis and other antisemites it's long been a dilemma for those that hold to a vague Christian outlook, that Jesus was Jewish. To counter that and make him acceptable they often ascribe him to be from the house of Judah who aren't like modern Jewish people, but white, euro and untainted. That's the way Christianity Identity and their ilk run.

Creativity takes this one step further and instead of a godhead figure, they worship the “white race”

Founded in 1973 by Ben Klassen, Creativity, or World church of the Creator is unique in that instead of being focussed on a pivotal individual, Creativity worships the white race as an ultimate object that must be “defended”. Adherents of the church are devoted to this conflict known as the Racial Holy War or RaHoWa for short.

“We gird for total war against the Jews and the rest of the goddamned mud races of the world — politically, militantly, financially, morally and religiously. In fact, we regard it as the heart of our religious creed, and as the most sacred credo of all. We regard it as a holy war to the finish — a racial holy war. Rahowa! is INEVITABLE. … No longer can the mud races and the White Race live on the same planet.” — Founder Ben Klassen, 1987

After repeated attacks by COTC aligned sociopaths on black churches, NAACP and even plotting to murder Rodney King, the COTC was being closely monitored by authorities in the US.

The intense scrutiny and attention led to Klassen topping himself in 1993 after flogging off his land to William Pierce, founder of the National Alliance, and author of the Turner Diaries.

Matt Hale took over naming himself “Pontifex Maximus” in 1995 and renamed COTC to the World Church of the Creator (WCOTC) in 1996. The group was largely composed of racist skinheads, with a reputation for the rampant criminal violence of its members.

Ironically the WCOTC was ordered to change its name because of a ruling in a copyright infringement trial by the TE-TA-MA Truth Foundation, a peace-loving, multicultural church in Oregon that supports “the Family unification of Mankind.” In 1987, the U.S. Patent and Trademark Office accepted the foundation's application request to copyright the name “Church of the Creator,” and this was appealed against, eventually leading to a decision by a district court judge, Judge Lefkow in 2003. Hale plotted the judge's demise, unfortunately for him involving his “head of security” who had been an FBI informant for 4 years. Hale was given the maximum sentence for solicitation of murder and sentenced to 40 years in a Federal max prison 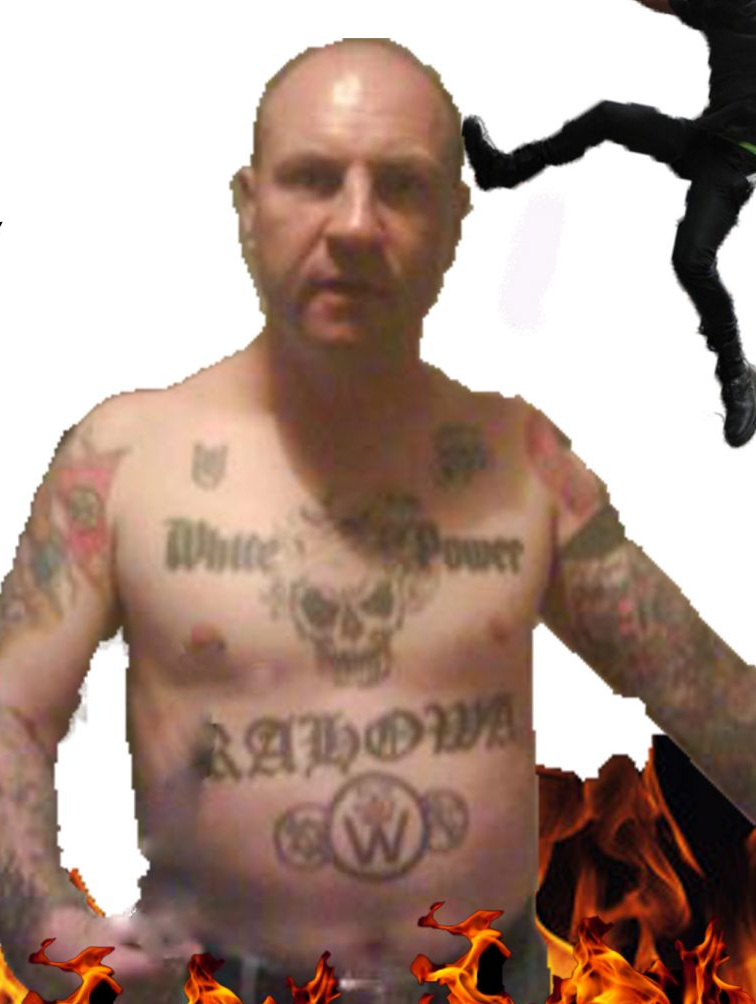 The Creativity Movement all but collapsed, after Hale's arrest leaving only weak remnants. Locally in Australia and NZ various bonehead psychopaths cited allegiance to WCOTC and Creativity, one of the most visible being “Reverend” Pat O'Sullivan of Melbourne, who claimed to have been “officially” ordained and was known for drunken violent outbursts to anyone that would listen in the mid 2000's. He stabbed a man who questioned how an Irish man could be a legitimate neo-Nazi. 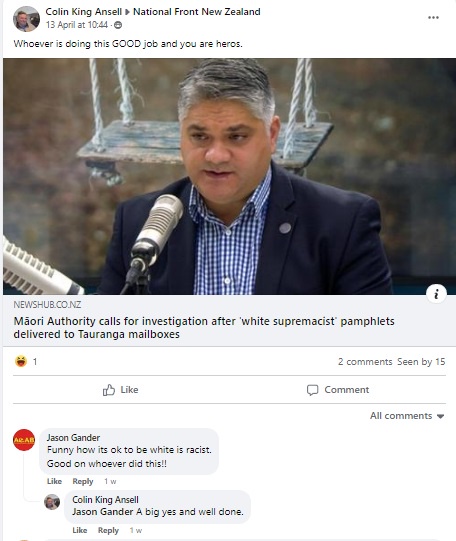 Unfortunately Creativity seems to be undergoing a revival and has popped up a couple of times in mention by bonehead nazis recently in 2022. That can be attributed to the recent rise in right wing craziness fueled by conspiracies which fit hand in glove with the twisted tenets of the Creativity Movement.

Their sole remaining member in New Zealand makes bold claims about having members in the NZ armed forces. Unlike with their fellow fascists Action Zealandia we haven't been able to confirm this. Their friendless member seems to be excited about the outsized media and social media attention their recent leaflet drop has attained. He meticulously copies each article and comment into the Creativity forum, and keeps a rather pathetic noticeboard of clippings in his home.

Although these guys sound like comic book villains, be careful if you encounter them. They have a proven record of rampant violence on the slightest provocation. You don't get into the WCOTC by helping old ladies cross the road. You're not going to get anywhere with a one on one dialogue, and we would strongly advise against giving personal details away. Be aware that you are dealing with unstable individuals with a violently antisocial belief system. 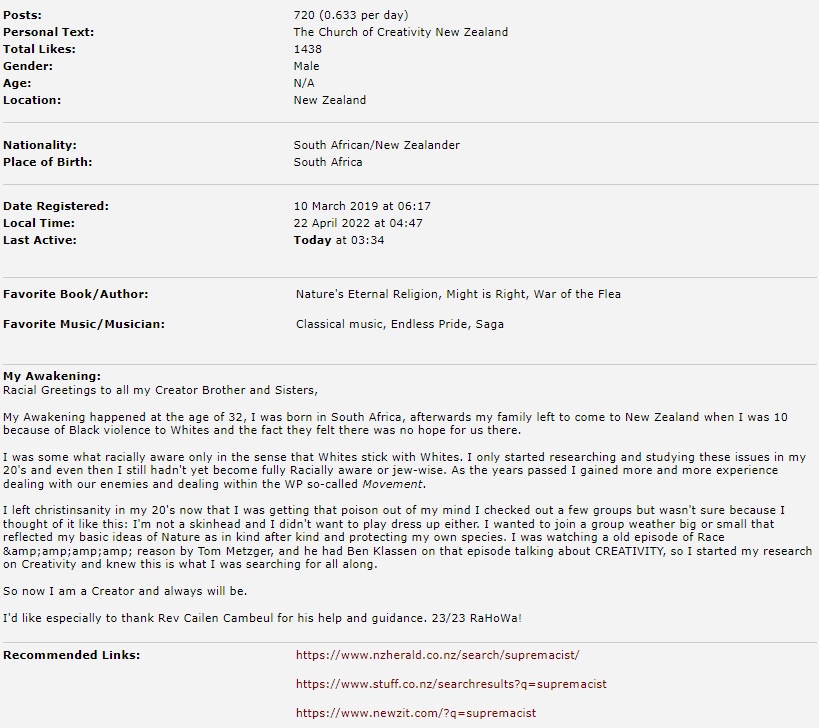